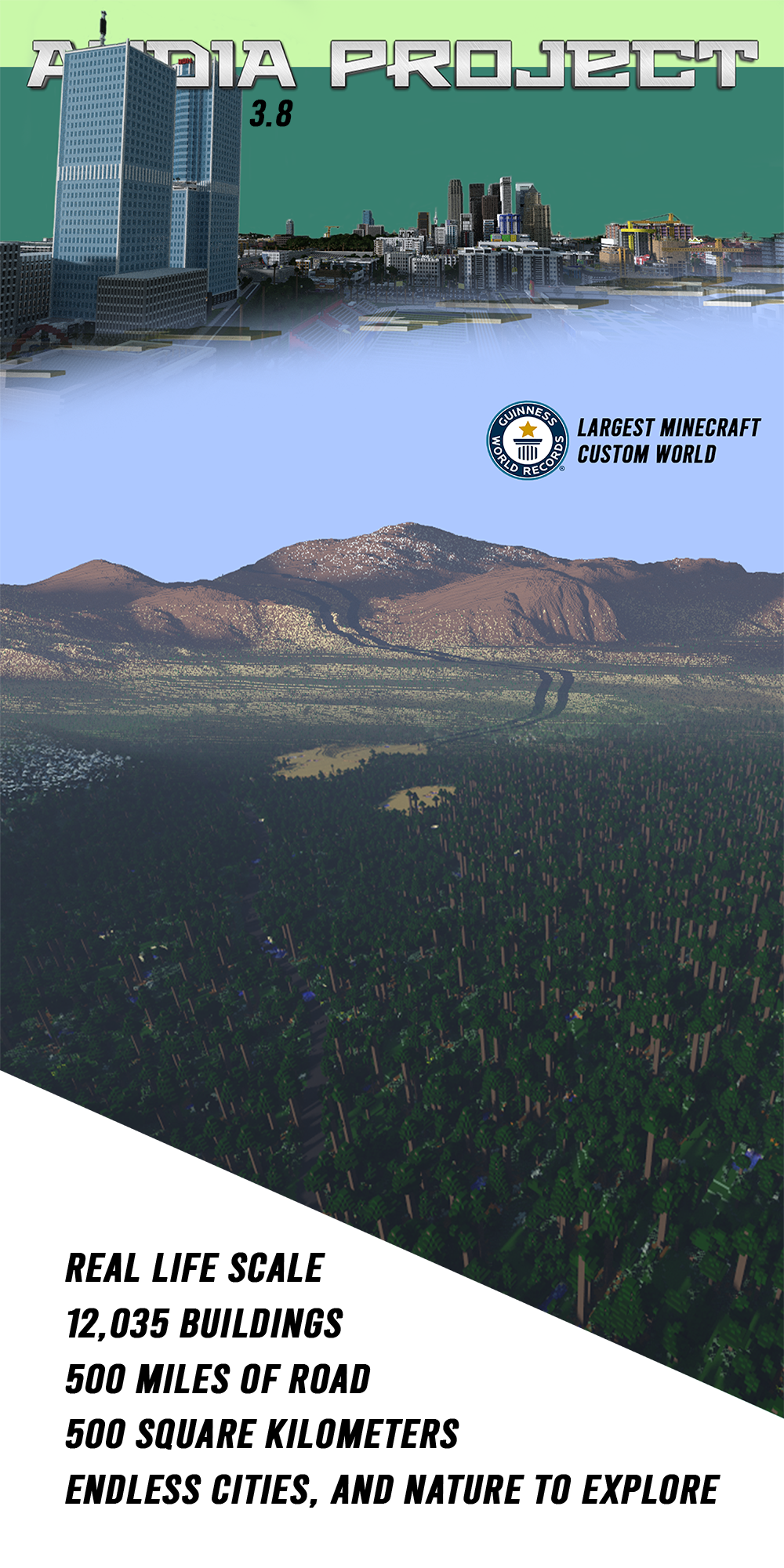 THE AUDIA PROJECT IS FINALLY BACK! ​
After two more excruciating years of work by now over 1000 people in total, we are now making the newly revamped Audia project public again!

Audia city is now so much more than just one city, but a sprawling metropolitan area resembling a 1:10 ratio of all southern California, (Los Angeles - San Diego) regions. Now with a newly added northern portion known as Oshode City, which itself outsizes the original map by almost 50%! And will soon be interconnected with the original south city of Audia. And it's now all available for you to download!

This page is only one of the few places you can download the Audia project, but it is now the only place we are hosting this new epically huge update. So please share it with your friends, family, and acquaintances so more people can enjoy it!